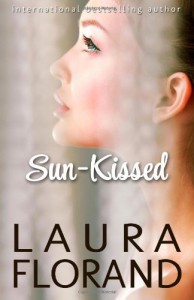 They called her the Ice Queen.

Anne Winters. Self-made billionaire. Household name. Divorced single mom. Convicted felon. She didn’t let anyone or anything get to her. No one was allowed to breach the walls around her heart except for her own son. She had only one trusted friend: her vacation house neighbor. They’d been walking the beach together for twenty years. Not that this gave him access to her heart, of course…

They called him a man who got what he wanted.

Mack Corey. Self-made billionaire. Dominant world player. Widowed father of the bride. No felony convictions yet, although his daughters had come close. He’d transformed his family company into one of the top 500 by the age of thirty. He’d raised two daughters who dumped him for idiot arrogant French chocolatiers and went off to live in Paris. Hell, he even managed to tolerate his dad. But that Ice Queen act Anne Winters had going was really starting to get to him…

They’d been best friends for twenty years. Could they become lovers?
Could a frozen heart be kissed by the sun?

If you have been reading the (Amour et Chocolat as voraciously as I have you will adore this romance between Mark Corey and his best friend Anne Winters (mogul of a Martha Stewart like empire complete with the recent prison stay). You will love seeing each of the couples at Jamie's wedding.

However, even if you aren't already a fan of the season, this short romance has so much to ensnare you. We have an over 50 hero and heroine, love of all kinds, and a hero who has decided what he wants and is willing to risk years of friendship to get it.

There are tears and laughter and all the best aches of life in this love story.